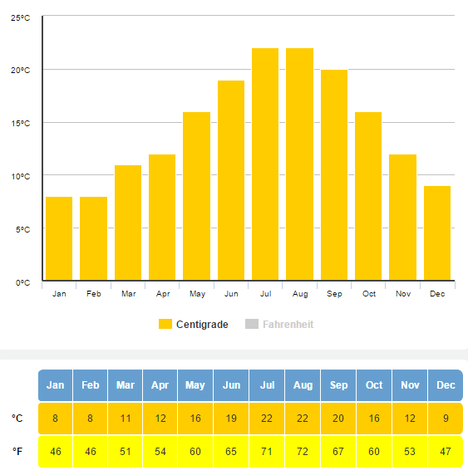 ​The Climate in Cannes Alpes Maritimes

Cannes has a Mediterranean climate and the town enjoys at least 12 hours of sunshine per day during summer (May to September). In the winter (December to February) the weather is fairly mild. Both seasons have relatively low rainfall although you can expect the most rain during October and November, when approx 110 mm on average falls.

Temperatures in Cannes can drop below 10°C in only three months of the year (December to February). February is usually the coldest month of the year. Spring and autumn are quite warm and more friendly to those who prefer milder temperatures.