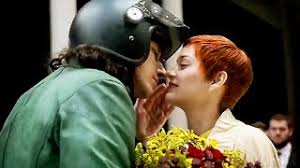 Wednesday 21 April
​The opening film at this year's Film Festival is Annette by Leos Carax, his first film in English.  It is also in competition.  Carax and the film's stars, Marion Cotillard and Adam Driver, will attend the screening. Set in modern day Los Angeles, the film tells the story of Henry, a stand up comic, and Ann a famous singer.  Annette is their first child and she changes their lives.  It is nine years since Leos Carax was in Cannes with Holy Motors which was also in competition

Tuesday 20 April
Bored to tears during this latest lockdown.  Here's some good news: you can now play petanque (boules).  Its description has been changed to an individual sport played in teams rather than a team sport.  How French is that?  A maximum of six people can play together and you must be within 10km of your home. Masks and social distancing stay in place. No competitions allowed and club houses must stay closed

Monday 19 April
President Macron says restaurants and cafes with outdoor terraces or space will be able to open from mid May.  The roll out across France could be staggered depending on the Covid situation locally.  Good news for the Alpes Maritimes as it is at last below the national average with 229 positive tests per 100K residents.  Fingers crossed.

Friday 16 April
Cannes film Festival organisers and the Cannes Mairie will make this year's event the greenest yet.  They are promising 60% of official cars will be electric or hybrid; 50% reduction in paper use and printing; 100% reduction in plastic bottles; 50% reduction in the amount of red carpet used; and a waste recovery goal of at least 95%.
All caterers have to act responsibly and compensation is being paid for air travel with a green tax on the entrance fees.

Cannes
Thursday 15 April
​
The 2021 list of best towns to live in shows Cannes at number 30 out of 34,837 towns and cities throughout France.  It is also number two in the Alpes Maritimes after Nice which came in at number seven overall.  Cannes has a population of 73,868 and for towns from 50-100K residents, Cannes comes eighth and number one in the A-M.

Wednesday 14 April
The battle between the train and the plane in France has started.  MPs voted to ban internal French flights where a train journey of two and a half hours is available.  The original environmental proposal was for four hours by train.  This now has to go to the Senate.  A law is not expected until September this year.  Watch this space.

Tuesday 13 April
The bicentenary of the death of Napoleon is on 5 May but the celebrations of his life start tonight on France 2.
The photograph was taken at one of the re-enactments of the landing of Napoleon at Golfe Juan, which took place 100 days before he met his Waterloo.

Municipal police in Cannes are now wearing body cameras.
​
Cannes is vaccinating on average 700 people a day.  It has now vaxed 24% of its residents with more than 24,000 people having received one or two jabs.

Friday 9 April
A group of French scientists and doctors has suggested the blood clotting problem associated with the AstraZeneca vaccine could be due to it being incorrectly injected.  They suggest it is being accidently injected into a blood vessel instead of the muscle.  If a vaccine is injected into the bloodstream it  generates an overly strong immune reaction, especially in younger people, and can lead to thrombosis. The fact that cases of thrombosis have only been observed with the AstraZeneca vaccine is, in part, because it is a viral vector vaccine, meaning a virus is injected into the patient. The Pfizer and Moderna vaccines are based on a different method called messenger RNA, which teaches cells how to make a protein to protect against a virus, without the virus being injected

Thursday 8 April
The Prefet for the Alpes Maritimes has ruled that people must wear a mask in all public spaces indoors and out. That includes on the beaches - now how daft is that?  But he is allowing anyone doing physical exercise or sports in public not to to wear a mask. Confusing or what? The ruling applies until and including 3 May.
He is being challenged by scientists and says he will change his mind if evidence is produced showing it is safe on a beach.  Until then it will cost you 135 euros if caught without a mask.

​The Institut Pasteur says France needs ideally to vaccinate 90% of all adults for life to return to normal.  Currently about 14% have received a first dose and five per cent two doses. There are 52 million adults in France. An American study shows Pfizer and Moderna reduce transmission by 79% after 10 days of the first dose and 90% after second.

Monday 5 April
The deadline to apply for the new withdrawal residency card for Brits is 1 July.  It is highly recommended you apply now.  If you have any problems doing this online contact France British Network. According to the British Embassy 125,000 have already applied. If you have applied and are still waiting for an appointment, the embassy recommends you do not chase the prefecture in Nice.
​France plans for all cards to be issued by 1 October.

Friday 2 April - Good Friday
Although Christians in France celebrate Good Friday, secular France does not recognise it as a national holiday.  Traditionally it is a day to eat fish or to fast.  The church bells across France are silent from today, the death of Jesus, and will not chime again until Easter Sunday, when He has risen. Children are told the bells have gone to Rome and will return on Sunday with chocolate eggs.

April Fools' Day fish emblem
Thursday 1 April
April Fools' Day but sadly the government's announcement of a national lockdown is no joke.  The rest of France will join the Alpes Maritimes in lockdown.  Schools will close tomorrow for three weeks.  Travel is limited to 10 km from your home and all non essential shops will close.  The carrot?  A cautious reopening of everything, including restaurants, from mid May. That may be a Fool's promise.

March Highlights
Now is the time to tidy up the terrace and garden to prevent mosquitoes making a home there.  They hatch in water and never move more than 200m from their birthplace for their short seven day life.  So make sure all your tubs, pots and saucers are kept clean. If planting remember, geraniums, rosemary, mint and garlic all repel the little buzzers...

The EU has announced that its health pass will be available from mid June to enable travel within the EU.  It will be free of charge to all EU citizens who have been vaccinated, had Covid within the last six months. or had a recent negative PCR test. It comes in both paper certificate and digital.

Spike Lee will be this year's president of the Jury at the Cannes Film Festival which takes place 6 - 17 July.

Mayor of Cannes
The Mayor of Cannes yesterday announced that bookings were now being taken for all residents aged between 50 and 64 to have a vaccine with either Pfizer or Moderna. The jabs will take place between 9-27 April. Just telephone 0497064000 for a RDV.

Snippets Day:  It is rumoured our Mayor, David Lisnard, is mulling over whether to stand in the presidential election next year.
Last year 56% of French households did not pay any income tax.

The night train from Nice to Paris will be reinstated from 16 April. The service will operate seven days a week and leaves Nice at 7.16pm arriving at Paris Austerlitz at 6.55am.  It stops off on the journey nine times including Antibes and Cannes. Seats costs 19 euros each way and berths 29 and 39 euros.. Tickets from railway stations and  oui.sncf/billet-train

When travel to France resumes remember that even with a Ghic or Ehic health card Brits, and other third country citizens, officially need travel insurance to cover repatriation whether severely ill or having died.  Also for dangerous sports insurance.  Do check your credit cards as some premium ones may cover repatriation.

February Highlights
​​Now cat typhoid has hit the Alpes Maritimes. It is highly contagious and resistant to treatment, with over 50% of cats which catch it dying.  All cats need to be vaccinated annually.  Humans don't catch it.

Developed by a team at Lille university these masks are said to kill 99.9% of the coronavirus in under five minutes. The masks cost 1.49 euros for the FFP2 and 0.44 for the surgical mask.
January Highlights

The British government has released its new Global Health Insurance Card (Ghic).  It replaces the European card although this can still be used until its end date.  The Ghic lasts five years.  It can only be used for the moment in EU member states, including France. Brits resident in France can continue to use the Ehic,

New rules apply to Brits coming to France.  In general terms, you cannot bring in meat and dairy products as well as plants, cut flowers, seeds, vegetables and fruit. You can bring teabags, coffee, rolled oats, chocolate, biscuits and baked beans. There are also new rules on what you can take back to Blighty from France.

Brits wanting to bring their pets or guide dogs into France need to make sure they are electronically tagged and have been fully vaccinated. From 1 January in addition you will need to obtain from a vet, within 10 days of travelling, a health certificate valid for four months.
November Highlights

​The European Court of Justice has ruled that France's laws on Cannabidiol (CBD) are unlawful: the products are not narcotics. It states "CBD does not have a negative effect on human health".

​There is now a government web site with all the virus information you need plus forms on www.gouvernement.fr/info-coronavirus

The web site for British expats to apply for a residency card is open.  It is http://invite.contacts-demarches.interieur.gouv.fr/
You need to scroll down a little to the Brexit box.  At the bottom of the first page that comes up click on the British flag for the English version.  For holders of a Carte de Sejour it is very straightforward but you do need to have scanned the face of the residency card in order to attach it.

Britain will leave the European Union 31 December this year. Both UK and France have opened web sites to help residents, second homeowners, businesses and tourists.  The UK is asking everyone to apply now if your passport has less than six months on it from 1 January 2021.     See:  gov.uk/transition    and   brexit.gov.fr

Mayor of Cannes
​David Lisnard (52) is the current mayor of Cannes.  So who is he?  He comes from generations of Cannois through his father. His great grandfather built the marche Forville in 1934. His grandparents owned the hotel Soleil d'Azur.  His father was a professional footballer who married a dancer. After school in Cannes, M Lisnard went on to study politics in Bordeaux and Paris. Following his military service his political life began, returning to Cannes in 1999.

January Highlights
If you hate throwing things away you can give your clothes, furniture, electrical goods, toys, books etc to Ressourcerie.  They are repaired and refurbished before being sold at deliberately low prices. Nearest is 8 ave Urbain Bosio, Nice.  See www.ressourcerie.fr
Two other organisations do similarly- Erasmus and Envie.


Wishing everyone health and happiness for 2020.

There are 7,600 properties registered at the Cannes Mairie as available for holiday lets. The highest prices are not for the Film Festival but for MIPIM and the Lyons conferences - with up to 10 times the normal price.

Pennaria Disticha
First discovered late this summer in Cannes, it was initially thought to be a toxic algae.  Test results are now in and it is, in fact, a member of the jellyfish family.  Do not touch it as it leaves you with particularly nasty "burns".

​Releasing balloons and Chinese Lanterns has been banned in the Alpes Maritimes by the prefect - only the third department in France to do so.