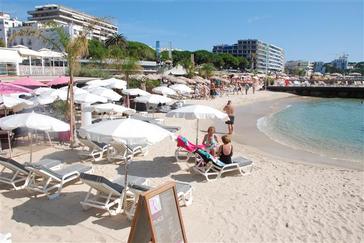 Cote d'Azur France
The Côte d’Azur, also called the French Riviera, has been known for its chic elegance and high living for well over a century. Its hey day was during the 1950s and ’60s, when anyone who was anyone seemed to have moved here and bought property along its shores. It’s still a playground for the rich and famous, especially at stylish resorts such as Nice, Cannes, St-Tropez, and of course the epitome of extravagance and wealth, Monte Carlo – but less well-heeled visitors find plenty to entertain them too. Also you will find the perfumed streets of Grasse, the balmy beaches of Menton and the history stained cobbles of Fréjus and St-Raphaël to explore.

Nowadays the argument is what is the Cote d'Azur - all agree its starts at Menton on the Italian border but where does it finish?
Some say Theoule, others St Raphael in the Var, but the tourist gurus say St Tropez. Take your pick.